Is mindfulness in your coaching kitbag yet? Research by Yvette Sargood suggests it should be, especially if you’re working with high potential leaders

As we look towards a post-Covid era, organisations will be reliant on the next generation of leaders to navigate them through the resulting economic slump while meeting the equally demanding challenges of the attention economy.

The question is, will these future leaders be up to the job? Even before the global pandemic, organisations were saying their talent pipelines weren’t strong enough, despite significant investment in leadership development.

If this development isn’t producing the leaders organisations need, what else can be done to bolster organisations’ prospects whatever the future holds? As the people who help the leaders to lead, we coaches should be asking ourselves the same question.

Having spent more than 25 years as a talent practitioner, working with high potential (HiPo) leaders in global organisations, I have first-hand experience with these challenges.

In conducting research for my MSc in mindfulness at the University of Exeter, I was curious to explore whether mindfulness could make a difference. Inspired by Lee’s article (2012) suggesting how mindfulness could accelerate the development and mitigate the derailment of HiPo leaders, I went in search of further evidence. I was surprised to find no research to date for this specific population, despite an increasing interest in how mindfulness may improve the wellbeing and resilience of leaders, while increasing core capabilities such as strategic thinking, dealing with complexity, collaboration and creativity.

This inspired me to conduct a study to explore the impact of mindfulness on HiPo leaders, the first of its kind using learning agility (LA) to measure impact.

Hougaard and Carter (2018) define mindfulness as the awareness that comes from “paying attention, in the present moment, with a calm, focused and clear mind.” A critical skill and attitude, I think we’d all agree, in the context of the attention economy with the distractions and overwhelm in the supercharged VUCA world in which leaders are operating today.

Learning agility (LA) is sometimes defined as “knowing what to do when you don’t know what to do”. Let’s bring this to life: in March 2020, everything changed. Leaders had to guide their organisations, teams and people virtually, 100% of the time. Those who thrived were able to quickly adapt – they had high LA, demonstrated by a willingness and ability to learn from different experiences and apply those learnings to new situations.

I chose LA as my measure as it’s been shown to have a robust connection with leadership potential, performance, and success (De Meuse, 2019). It’s used in many global organisations to differentiate high potential from high performing leaders for targeted development investment, including one-to-one coaching.

While not a new construct, LA is particularly relevant now given the repercussions of the global health pandemic where there’s no roadmap for these HiPo leaders to follow.

I worked with two global organisations: a UK-based media business and a pharmaceuticals company headquartered in Switzerland, who both invited members of their HiPo leadership development programmes to join the study.

The ten study participants were tasked with completing pre- and post-course qualitative and quantitative questionnaires, including an LA assessment called the TALENTx7, and a perceived stress questionnaire, the PSS-10. They also had to attend an eight-week mindfulness course adapted for this population, delivered via Zoom, and to commit to two ten-minute mindfulness practices each day and a post-course one-to-one interview in which I coached participants on their LA report.

Notably, the study took place during a time of heightened anxiety – both UK and Switzerland went into national lockdown when we began. That meant some participants were working from home while simultaneously home schooling, while others were classified as key workers and going into the office.

The top line results were extraordinary: 80% of participants self-reported a significant increase in overall LA after participating in the eight-week course, as determined by a 10 percentile increase in LA pre- and post-course, where overall LA is a composite score of the seven facets within the TALENTx7 framework (see Figure 1).

This is a key finding, given the relationship between LA and a leader’s potential for future success. Imagine the impact if 80% of HiPo leaders in all organisations were able to increase their LA through such a cost-effective and scalable solution?

Training our attention through simple, repeated and regular mindfulness practice has been shown to rewire the brain, or as Petrie (2015) describes, develop the mind of the leader versus adding yet more skills and knowledge – an important differentiator in the value of mindfulness. The meta-cognition of paying attention to thoughts, feelings and sensations in the present moment has been shown to create space to allow a more conscious and considered response to situations versus what is sometimes an unhelpful habitual reaction, which we can all relate to. This in turn enables an increase in the cognitive and emotional capabilities in this LA framework.

It’s not surprising that one of the most significant areas of improvement for participants was in their ‘Self-Insight’ or self-awareness, with 70% self-reporting a significant increase.

“I became … more aware of my pattern of avoiding things such as conflict, which has not been helpful for me as a leader” [HiPo leader]

Self-awareness speaks to one of the biggest challenges in developing HiPo leaders – derailment – where an individual does not achieve the potential expected by their organisation, at huge cost to the latter.

Research tells us that one in four HiPo leaders are considered at high risk of derailment. HiPo leaders who are considered by their managers to overstate their abilities are six times more likely to derail than those with a more accurate awareness of their abilities (Korn Ferry Institute, 2014). My study findings are promising, although they demonstrate the value of large-scale research with follow-up to monitor derailment data.

My study also showed that only 20% of participants reported a significant increase in their ‘Drive to Excel’ score. Interestingly, mindfulness implicitly has an attitude of non-striving – there’s no particular state to be achieved – so such a seemingly low percentage might be expected. Yet organisations don’t want to introduce courses that don’t support a motivation to deliver.

However paradoxical, mindfulness doesn’t negate high ambition and achievement, it simply allows a greater awareness of successes and failures along the way, without getting derailed.

I was interested to find that a more effective change in Drive to Excel score for each participant could vary based on the different starting point or pre-course scores. For example, one participant had their starting Drive to Excel score considered as an over-used strength or potential derailer, with others having very high scores. This isn’t unusual for HiPo leaders pushing for results no matter the cost – a reduction in score here represents a good result.

The majority of participants (80%) self-reported a reduction in perceived stress, even in lockdown. This makes a persuasive case for use of mindfulness in an organisational context, given how challenging experiences are a common approach used to stretch HiPo leaders. Think of international assignments, cross-functional moves and roles in key transformation projects – designed to increase exposure to senior management. However, increased challenges can have an adverse effect if they become too great, causing a drop in learning, fuelling stress and overwhelm.

Neuroscience tells us that stress switches off the mechanism in the brain associated with learning, adding further weight to the case for mindfulness as a buffering tool that has the proven potential to help HiPo leaders optimise their learning. One study participant suggested it would be valuable for mindfulness to be introduced at the beginning of their employer’s two-year programme for this very reason. And every participant was passionate about the need for the course to be integrated into a company’s HiPo leader development programme. They all felt strongly that this would provide a “formal” opportunity to experience mindfulness as a group, as opposed to the invitation to opt in during face-to-face training or as part of funded subscriptions to Apps like Headspace. They described how the eight-week course was key to the learning process and offered time to build a habit, to develop the skills and techniques.

As the findings from this initial study clearly demonstrate, integrating mindfulness into a HiPo leader development approach would allow HiPo leaders and organisations to harness enormous untapped potential.

HiPo leaders need to ‘internalise’ their stretch development experiences to be able to maximise their learning and apply the learning in new and challenging situations. This comes from enhancing self-awareness. You may argue, and I’d agree, that this is why organisations hire coaches to support this internalisation process, which is a deeper level of self-awareness than that offered by the self-knowledge of 360-degree feedback, for example.

Helping clients to gain awareness and achieve goals is one of the current core competencies of the International Coach Federation. Chaskalson and McMordie (2018) reflect on the shift in competence level to enable such internalisation, from a narrow awareness generated to achieve a goal ‘typically related to awareness of new techniques with limited new learning about self’, at a foundational and PCC level to enabling a much broader awareness to emerge through “self-inquiry and discovery” at coaching mastery level (p. 165). Mindfulness could help unlock this awareness and potential in our clients.

Brendel and Stamell (2016) describe their experience of integrating mindfulness and coaching to help emerging leaders “identify – and overcome – their limiting beliefs, behaviour patterns” as well as develop leadership capacity. They showed how leaders and coaches could be held to account on both fronts, aligned to the bigger agenda of the coaching process so as to ‘bolster’ leaders with a more integrated approach.

Thus far, the focus has been on the benefits of mindfulness practice for the client. However, inherent in our competence as coaches is our ability to be mindful – ‘to be fully present’ with the client, to ‘dance in the moment’ – something that I didn’t overtly recognise as mindfulness when I trained as a Professional Co-Active Coach in the early noughties.

It’s equally striking to note the interplay between the organisation’s needs (robust talent pipeline), the HiPo leader’s needs (their development) and the client’s needs (creating action and learning, combining to create change). If we coaches can integrate mindfulness training and practice into our work with HiPo leaders, we could play a role in developing future leaders that will create more mindful cultures.

It’s a noble aspiration. It’s certainly one that affirms my belief that this integration of mindfulness and coaching is the direction of travel we can all work towards, and it inspires me to continue this research with a larger study.

I hope these findings give you food for thought and move you to consider whether mindfulness has a role to play in unlocking the potential of the HiPo leaders you’re coaching. You might start with yourself – how mindful are you, and how might you better equip yourself to support the leaders you work with as we collectively look towards an uncertain future?

Yvette Sargood’s career spans more than 25 years working in senior global leadership roles in Lotus/IBM, GSK, Canon Europe and Nokia focused on strengthening the talent pipelines and developing high potential leaders. More recently she’s built a coaching practice based on these experiences helping leaders identify and develop the one or two leadership behaviours that will maximise their contribution to the performance and culture of the business.
Contact: yvette@develop2lead.com 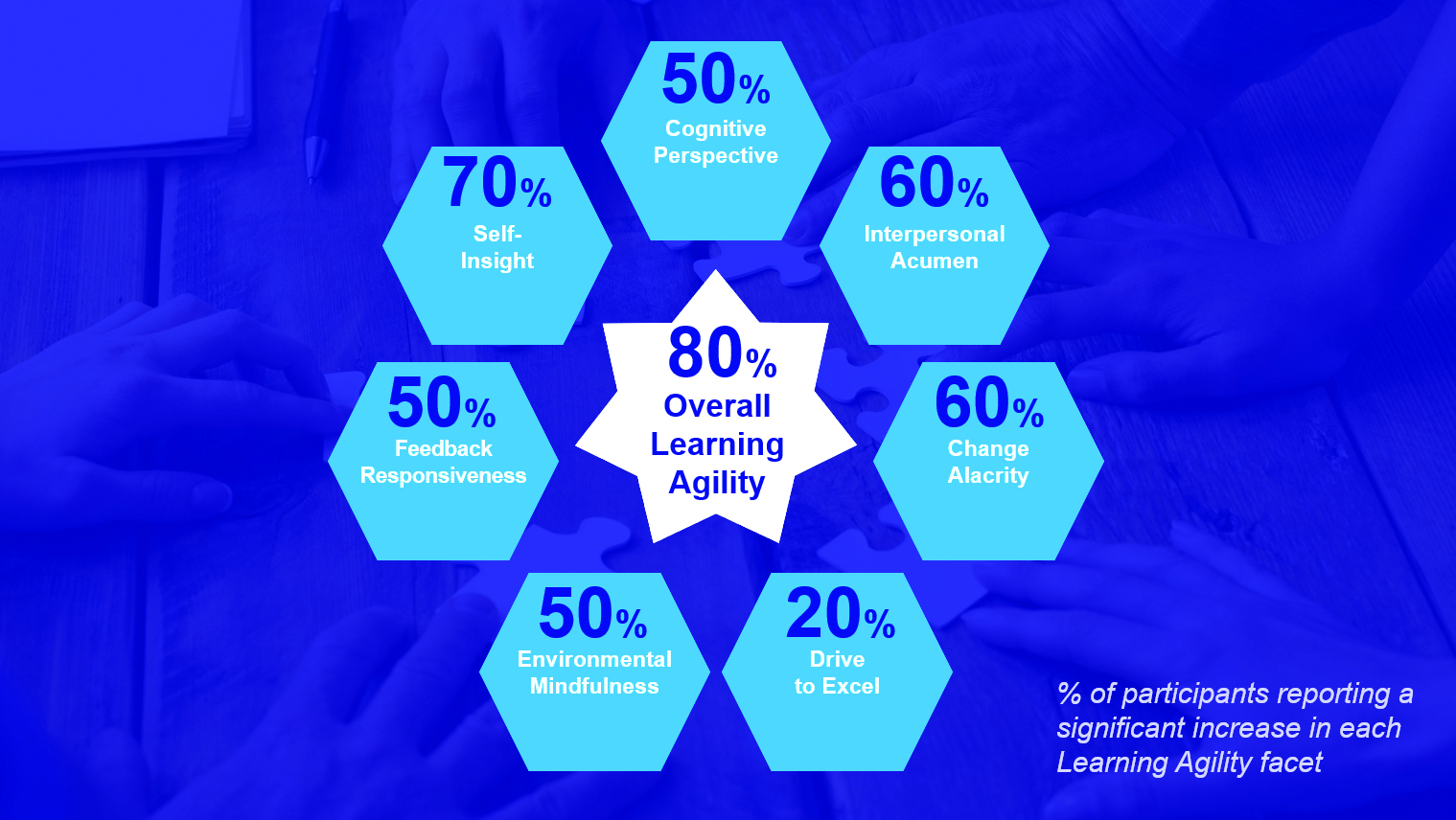 Figure 1: The seven facets within the TALENTx7 framework, including my study results